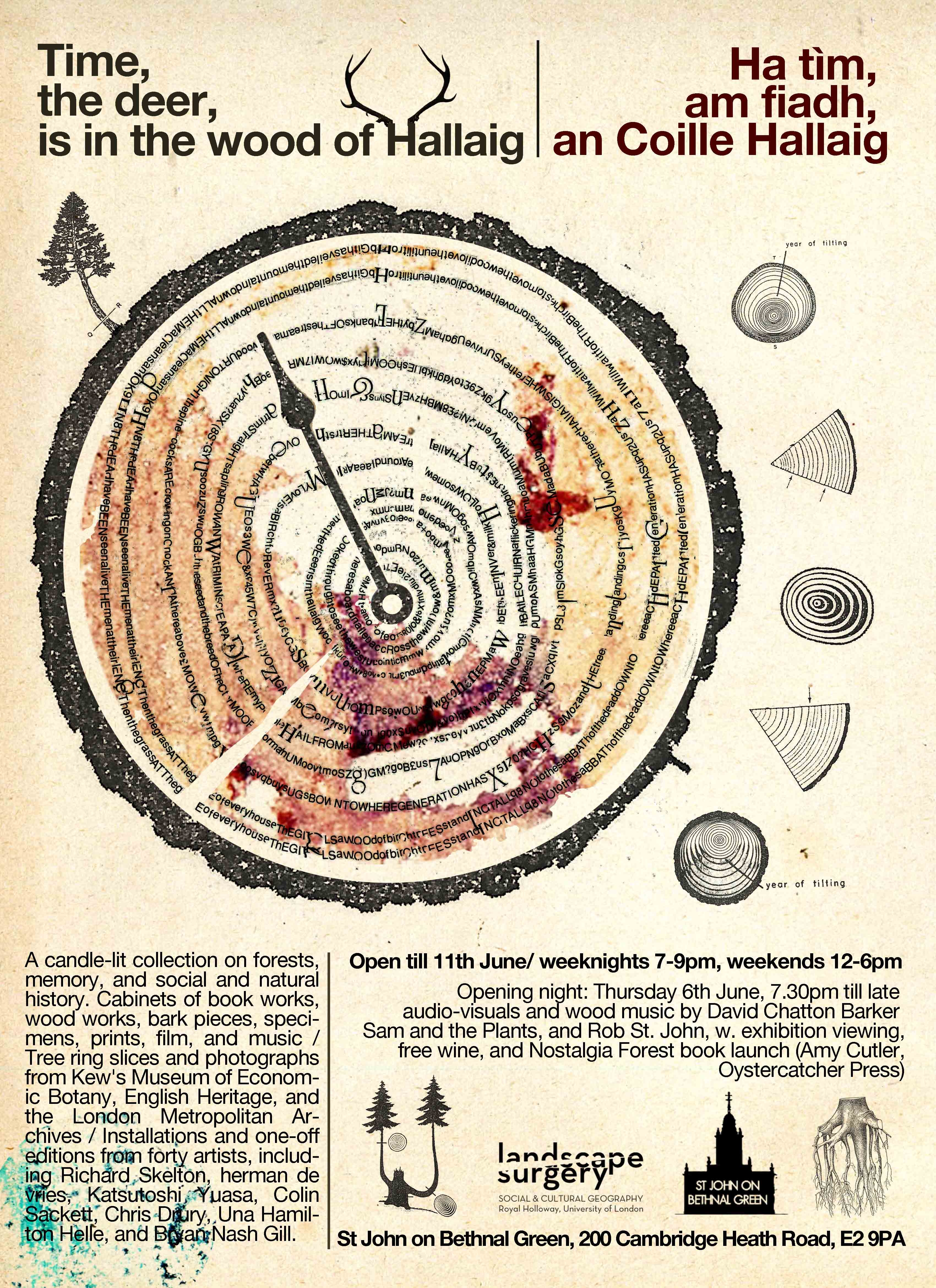 This free exhibition investigates the properties of forest memory through text, archive, and ‘xylarium’, or wood collection. Between the French horticultural term “forest trauma” and Robert Pogue Harrison’s “forests of nostalgia”, a whole discipline around history, witnessing, and the memorial qualities of woodland opens up.  Art works examining the cultural expression of time and history in the forest are placed here alongside archival photographs, small press texts, artefacts, and museum objects, in an old, low-lit belfry designed by Sir John Soane.

But, mean glory of the world, / misshapen memory of other seasons, / the forest remains

We would like to invite you to the opening night on Thursday the 6th June, beginning at 7.30pm, with free wine and performances by David Chatton Barker, Rob St. John, and Sam and the Plants, using instruments made of found wood. We would particularly like to invite those who may be keen to review, blog, or photograph the exhibition, as well as to meet the people involved. (Exhibition poster here.)

This exhibition is taking place with the support of Landscape Surgery at Royal Holloway.